Andrew Field is a Baritone. We started getting in touch a couple of years ago, when he asked me if it could be possible to use PianoVoiceOpera tracks to make a CD. Actually his wife Maria has been maybe the first singer that recorded her voice accompanied with our piano tracks.

After this first touch we started having a mail friendship. Few months ago Andrew wrote me about his pasts vocal disorders and how these had prevented him from singing! I was really surprised about his story and much more about how he come back to do that.

Well, I proposed him to tell his story to all our readers. I think it's important to hear from other singers that it's always possible to come back to sing​, also after hard voice problems.

My name is Andrew Field. My story is a strange balance of good fortune and bad.I began having singing lessons at the age of five years old by Pearl Butcher, a professional opera singer who at the beginning of her career was struck down with polio. I continued to study with Mrs Butcher until I was eighteen years old. In 1979 at the age of seventeen years I auditioned for the Royal College of Music in London. On that day I was given a place and a scholarship to begin studying in September 1980. My teacher at the College was Lyndon Van der Pump, Head of Singing at the time. He is, in my opinion, one of the greatest singing teachers of his time and to this day we are still good friends.

Around the same time as this I was beginning to suffer with severe sinus inflammation and congestion. The cause was unknown but the treatment at the time was to surgically open up the nasal passages, a treatment I am reliably informed they no longer perform. This seemed to fix the problem, at least for the moment, and I was able to sing again. Also in 1979 I was offered a small part in a production of Shakespeare’s Twelfth Night by a recently founded professional theatre company called Theatre Set-Up owned and run by my, then, drama teacher Wendy MacPhee. This enabled me to join the British Actors Equity association and thus enabled me to work in professional theatre. I have been a member now for 37 years. My time at the College had many highlights not least of all my singing lessons and my repertoire lessons with Richard Nunn who had worked at the Royal Opera House London at the golden time of Maria Callas and Tito Gobbi.

In 1982 I was selected to go to see two masterclasses in London given by Tito Gobbi. These quite honestly blew me away. I had always been a fan of his and still am but to see him in action, even though he was long retired and his voice had failed him, was an absolutely pivotal moment in my life. He showed us all how to perform with total commitment to the character and its context. In 1983 I achieved my A.R.C.M. Teachers diploma and stayed on for the fourth year for the Performer’s diploma. In this year the sinus trouble and chest infections reached a point again that my ability to sing became an issue.

I had to make the decision to stop singing

After I left college I made an attempt to create a career but these health issues persisted. I consulted the medical profession again but after four more operations on my sinuses over five years I was worse off.In 1990 I joined the chorus of the UK tour of Chess the musical as part of the classical choir. This ran for two years. By the end of 1993 my condition was so bad that I had to make the decision to stop singing and consider other avenues of work. This was devastating to me as my whole life had been singing. The only way I could cope with it was to cut myself off from it completely. I refused to have anything to do with music as I found it too upsetting. What made it worse was I saw a consultant in one hospital who told me that I had enough money on me with this issue and the NHS was not prepared to do any more. I buried my head in long hours of work from running a warehouse to management and sales, anything to distract me. Gradually I was able to bring music back into my life for enjoyment.

Always in the back of my mind was the idea that one day I may sing again, which is why I have never let go of my Equity membership. In 2005 I began to suffer very badly with acid reflux and soon after began to be very out of breath after doing very little exercise. I was prescribed medication for the acid reflux which seemed to fix the problem. However the shortness of breath was still causing a problem. Throughout all of this I was still experiencing constant sore throats, chest and sinus infections. It was a running joke in my family. ‘Have you still got that cold?’ I was sent to various specialists who asked me to blow down a tube and measure my breathing and when the reading came back ‘normal’ in their eyes they said there was nothing wrong and sent me away. The problem was that this was not ‘normal’ for me.

I have been singing since I was five years old and my lung and diaphragm control allows me a significantly higher output than most. I tried to explain this to the various Doctors but it just fell on deaf ears. It was not until 2010 when things became so bad that I was referred to the Royal Brompton Hospital in London that my fortune changed.

The most significant outcome was that I could sing!

I was privileged to be seen by a Doctor Toby Maher who, after a considerable number of tests, saw straight through to the problem and told me that my throat was closing itself off causing a restriction of my wind pipe. At the time he did not know why but would look into this on further investigation. He prescribed for me a particular kind of inhaler that, within moments began to bring relief to my short of breath symptoms. Within days I was feeling much better, was able to walk further and do some exercise without feeling as though as I was about to pass out. But by far and away the most significant outcome was that I could sing! I practiced hard to begin retraining my voice and whilst it was there some of the time I was still being bothered by chest and sinus infections excessive mucus in my throat and sore throats.

I have a property in France where the year before I had seen a local choir perform in our village church. I knew a few of the people and asked them if I could sing something with them. The answer came back a yes. I chose to perform Scarpia’s aria from Tosca, something I could do with the choir. This has always been an ambition of mine, to sing Scarpia in a church with a choir. Despite the chest and sinus setbacks I have been singing successfully for about three years where, with my wife Mara a dramatic soprano with her own tale to tell of overcoming illness, we have been performing concerts in France in churches and halls.The concern for me was always the reliability of the voice which has improved considerably with the inhaler. There was still the issue of the catarrh and sinus and chest infections.

Earlier this year, I was researching these issues and was surprised at the results. I discovered that in severe cases of acid reflux the acid can come up into the throat and burn the throat lining. It is a problem particularly when one is lying down. In a horizontal position the acid can come up into the throat a lay there burning the throat lining. This can cause a sore throat and increase the production of thick mucus to protect the throat lining. This in turn can create its own problem by becoming infected. It was suggested, firstly, to modify ones diet to reduce the acidity and eat earlier in the day so that the stomach is empty before going to bed and, secondly, the use of Gaviscon Advance, which reduces the risk of the acid coming up and burning the throat. I tried this and to my delight the mucus cleared up and so far I have been clear of serious infection. Sadly I shall always vulnerable to infection as my nasal lining has been badly damaged by the various surgeries but with various gels I am able to manage that quite well too. All of this has been under the supervision of my GP who has been brilliant.

End of the Story

As a result of all this I am now able to sing again with confidence and am in the process of arranging some concerts in England that will hopefully give us a chance to succeed.It has been over twenty years of trying to sort this issue out which I could feel very bitter about but I have no time for that. I want to get on and make the most of what I have available to me and do the thing I love to do the most. Sing!

For all the ones that are fighting against voice issue, I can only say "Don't Give Up". Andrew is a clear example on how to come back to sing also after severe voice disorders!

I want to leave you with a little gift that Andrew make to us. Here you can listen to him singing "Alzati!... Eri tu che macchiavi" from "Un Ballo in Maschera" by Giuseppe Verdi. Enjoy!

If you want to contact Andrew to ask him any question, you can write to [email protected]

If you are an opera singer and you have a great story to tell well, you should really contact us! We will be glad to publish your story on our blog as we did for Andrew! You can tell us about your voice disorder and how did you manage them, or how you won an audition, or something about your particular way of study singing.

If you don't have any particular story, we can make a reviews for you. So if you want just to let us know that you exist and that you are ready to sing for the big public, well we will reviews you! And the great news is that we'll do it completely FREE!

CLICK AND GO TO THE PAGE
Posted on June 14, 2016 by Fabio Sanges in Singers Interviews4 comments
Tagged as Voice Disorders 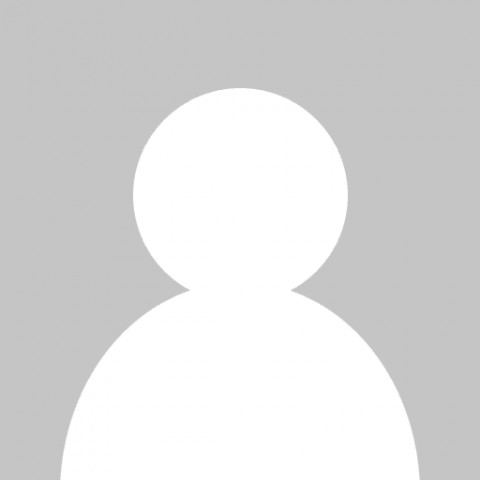